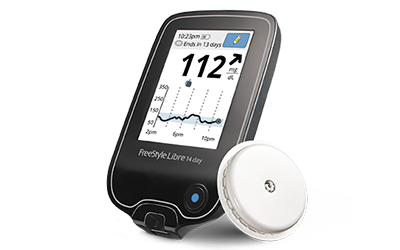 Doctor is very friendly and polite. She is always smiling and listening to her patients and answering queries raised by patient. Now my sugar levels are controlled after taking treatment. Will surely recommend to all.

Have visited many clinic but not found a better doctor than Dr Benny. Very Helpful and lots of Experience.I have seen a lot of improvement in my health. I was suffering from Diabetic Ulcer but i recovered within 40 days and today i can do my business which i had stopped for about 3 Months due to my Ulcer problem. Guys, do visit this clinic once and you wont require to see the reviews again. They are the best.

Doctor is very very friendly and polite. I have been coming to this doctor since a few years and I find her so reachable and always answering our doubts. My sugar levels are controlled. I am very happy with doctor, as with her counselling I feel totally good. Thanks doctor.

In the past we understood only two types of Diabetes: Insulin Dependent also earlier named as Juvenile Diabetes in Young and Non Insulin Dependent Diabetes in older people. With the alarming rise of diabetes in India and globally, we are now seeing younger and younger diabetic patients, so the question of whether they are Type 1 or Type 2 DM is a challenge to diagnose and requires a good history, proper examination and few investigations. We are also now classifying other types which classically do not fit into these.

Type 1 diabetes or Insulin dependent Diabetes: Type 1 diabetes is an auto-immune disorder in which the pancreas fails to produce insulin due to the destruction of the insulin producing Beta (ß) cells (insulin producing cells in specialised areas “Islet of Langerhans” in pancreas). Unknown factors cause the formation of antibodies against pancreatic Beta (ß) cells, thus, destroying them. Blood glucose levels rise to dangerously high levels. Insulin therapy is essential for survival of the patient. These patients, if left untreated or badly treated, may develop Ketoacidosis which is accumulation of dangerous acids in body in the absence of insulin and at times may lead to coma (unconsciousness)

Type 2 Diabetes Mellitus (or T2DM or Adult-onset Diabetes): People with type 2 diabetes are able to produce insulin in their pancreas. Many of these patients have resistance to action of insulin due to excess body fat. Body tries to overproduce insulin to counter rising glucose. Later, insulin secretion falls as pancreatic Beta (ß) cells get exhausted. Type 2 diabetes is linked to overweight/obesity

Type 2 diabetes is generally hereditary. Both parents if having the disease, there is 85% likelihood that the child will get DM. A sign of Insulin resistance present in these patients is “Acanthosis Nigricans” which is a velvety pigmented area around the neck, axilla and creases or folds of skin. They may also have sedentary lifestyles and increased adiposity. Gestational Diabetes (Pregnancy-related Diabetes): Gestational diabetes is a term used for high blood glucose levels which occur only during pregnancy. Factors causing this diabetes include obesity, late pregnancy, family history of diabetes, previously delivering a child weighing 4 kg or more and in certain ethnic groups, including Indians. A woman with gestational diabetes may have hypertension, increased risk of miscarriages, caesarean section delivery, and diabetes later in life. Complications for the baby includes; large in size, jaundice, birth defects, lung problems and low sugar levels immediately after birth. it is best treated with insulin.

About 1-2% of diabetics suffer from a rare form of diabetes labelled as MODY now named - Monogenic Diabetes in which there is mutation of a single gene amongst the various gene defect in Type 2 diabetes. These patients have a strong family history of three generations and respond to sulphonylureas.

In some patients, slower destruction of pancreatic Beta (ß) cells occurs, hence, onset is slow, often over several years. This type is called Latent Auto-immune Diabetes in Adults (LADA), since it manifests in adulthood, and onset is insidious. These patients have positive blood tests for auto- antibodies (eg. Anti- GAD antibodies). These patients may be treated with oral hypoglycemic agents initially but subsequently require insulin.

Secondary Diabetes is when there is hyperglycemia secondary to other diseases like Cushing's, Pitutary etc. Also congenital rare disease associated with Insulin resistance can lead to diabetes.

Blood sugar levels in the body fluctuate throughout the day depending on the food intake, physical activity and metabolic rate. We normally get the fasting and post meal blood sugar and HbA1C done for every patient to monitor their sugar control. When the two do not match or patient has symptoms inspite of controlled sugars we need to closely monitor their glucose to see what is happening in 24 hours.
There are devices to do this called Continuous Glucose Monitoring System (CGMS) that track glucose levels throughout the day and night. CGM systems take glucose measurements at regular intervals, 24 hours a day, and translate the readings into dynamic data, generating glucose direction and rate of change reports. Studies have shown that some CGM systems may help reduce A1C levels and reduce the risk for hypoglycemia, whether users are on insulin injections or pump therapy.

CGM users insert a tiny sensor wire just under their skin using an automatic applicator. An adhesive patch holds the CGM sensor housing in place so the sensor can measure glucose readings in interstitial fluid throughout the day and night. A small, reusable transmitter connects to the sensor wire and sends real-time readings wirelessly to a receiver, so the user can view the information. With some systems, a compatible smart device with the CGM system app can serve as the display device. The receiver or compatible smart device displays current glucose levels, as well as historical trends in levels. The CGM receiver and/or compatible smart device can also be set to send custom alerts to the user when certain glucose thresholds are reached.

Unlike a blood glucose meter (BGM), which provides just a single glucose reading, CGM systems can provide real-time, dynamic glucose information every five minutes - up to 288 readings in a 24-hour period. You can gain valuable insight about your glucose levels, rate and direction of change, giving you additional insight to proactively manage your diabetes.

The American Association of Clinical Endocrinologists (AACE) and American College of Endocrinology (ACE) published guidelines that recommend:
• Ideally Type 1 DM patients benefit from this since their sugars fluctuate tremendously throughout the day.
• Similarly pregnancy is one state when diabetic women need to have very tight controlled sugars. So frequent monitoring helps them to adjust their meal with insulin.
• CGM may benefit patients with Type 2 diabetes on multiple insulin injections, basal insulin, or sulfonylureas.
• Patients that are at risk for hypoglycemia and/or have hypoglycemia unawareness may benefit from using a CGM.
In India Dexcom Medtronic and Abbott's Free Style Libre Pro are two companies where patients can avail of these facilities. This test will help patients keep their sugars in optimum control and also help understand why sugars go up and down. Adjustment in meals, snacks and physical activity can then be made.